This patch should be installed now.  It fixes a vulnerability with IE versions 9 to 11; this vulnerability could allow the browser to be hijacked by an attacker who could subsequently install malware, alter data or set up new accounts with full rights.

The GandCrab Ransomware as a Service (RaaS) team were thought to have retired since netting more than $2bn since January 2018.  But this week, security researchers at Secureworks say they have discovered links between the thought-to-be-disbanded group and a strain of ransomware dubbed REvil, or Sodinokibi.

Ransomware attacks are continuing to rise in number and sophistication. There is some great advice linked from the NCSC source article here.  If you have any concerns, report them to OxCERT here.

Trend Micro have found hundreds of the fake apps on iOS App Store and Google Play, with descriptions that are inconsistent with their content. While the apps’ descriptions varied, they share the same suspicious behaviour: They could transform into gambling apps that may get banned for violating local government regulations and app store policies. 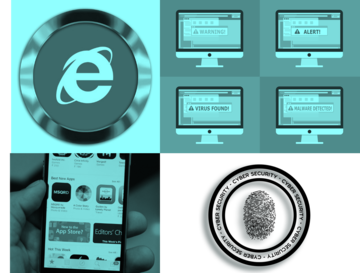